*Frisson – A moment of intense excitement; a shudder (don’t worry, I had to look it up)

How do you feel about open water swimming? It seems like it’s a really divisive topic – people hate it, people love it, people hate-love it…  Regardless of your feelings, “frisson” definitely captures the feeling of the open water.

My first open water experiences were brief, poorly planned excursions with my swim team in Santa Cruz. Hanging out on the beach, a coach would suggest we swim out to the buoy and back. I hated it. So cold! So scary! So not-what-I-wanted-to-be-doing-on-my-day-off!

So quite a few years passed. In February 2015, I was visiting my friend Lizz in L.A., and she suggested I bring my wetsuit and we practice open water. Great idea! Try it with someone you know and trust!

Maybe the open ocean wasn’t the best place to try OWS for the first time. During my 3 day stay, we actually ventured out to Malibu twice, both days planning to do a 2-mile swim; we completed that swim exactly zero times.

We head to Malibu, not too early, not too late. The water looked calm as we parked and “suited up” (no one else seems to like this How I Met Your Mother joke in reference to their wetsuits, I can’t figure out why). The sun was shining, a couple of young kids were surfing, and we made our way across the sand to the water.

My toes hit the surf, and all my memories of the Pacific Ocean flooded in. The frigid water bubbled around my ankles, and Lizz egged me on. Our wetsuits did their job, keeping both of us warm until the moment of truth – the head dip. Lizz coached me out into the ocean, suggesting we warm up 20 strokes at a time, which kept me calm and on pace. As we turned to head south, we (she) practiced sighting.

I did not sight. Not for real – I was picking up my head and frantically looking forward, but I wasn’t sighting. Instead, I was staying at Lizz’s hip, watching her, pacing off of her, and hoping she wasn’t in good enough shape to leave me in her wake (she probably was, and just was cruising for my sake). We made it about a mile down the beach, and I had to stop. I could feel my breathing getting shallow, my heart rate rising, and a wave of panic setting in. I didn’t want to stop, but I didn’t think it would be worth it to have a bad memory of my first attempt, so we rode the surf back to the beach.

Back in Malibu, this time I thought I was prepared. Oh, how wrong I was. This day, rather than shining sun, we were greeted with a layer of coastal fog. The fog! A beautiful sight to this Bay Area native.

As we started swimming, I realized how much the weather affected my view. What had been obvious hands passing in front of my body the day before were white shadows, glancing in and out of my vision. The sun appeared from behind the clouds intermittently, sending rays of light through the water, suddenly highlighting and casting into shadow strange patterns in the water.

I was sighting off Lizz like the day before, and out of nowhere she stopped. Lizz was as uncomfortable as me with the tricks the light was playing on us, and we (fortunately) took an early break. We calmed ourselves down, enjoying the natural float of the wetsuits.

We were about ready to start again, repeating to ourselves that there was nothing under us and what we saw was just the sun.

And then we kicked each other. I swear I jumped out of the water to my belly button (water polo coaches would have been impressed) and we immediately agreed to head back to the beach. I am not embarrassed to admit to the tears that were quickly filling my goggles during the sprint to the shore.

Well now, I love open water swimming. It’s very relaxing to me. But, I haven’t been back in the ocean, not quite yet. I’ve swam in the San Francisco Bay and lakes, but not the ocean.

What is it about the open water that is so comforting? After 15 years of strictly pool swimming, there’s no black line, no walls, no flags – just you and the water. You and your thoughts. You and your body. It is simultaneously isolating and freeing. I may be swimming with one to 1,499 other people, but at the end of the day, all I’m thinking about is me and the water.

My next race, the Sandman Triathlon in Aptos, California, is in the ocean. I’ll be writing about my feelings as we approach that race shortly, but let’s just say El Nino has brought some changes to the conditions that are definitely freaking me out. 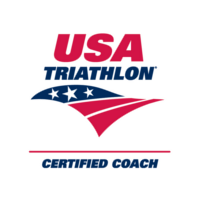